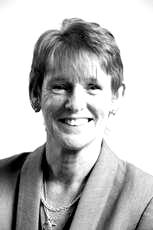 Staff Governor (All other staff groups)

Ruth worked for Bradford Teaching Hospitals NHS Foundation Trust from 1991 until 2000 in various admin and managerial roles, before leaving to gain experience in Primary Care as a Practice Manager in Leeds West for a 14,0000+ patient GP Practice.

In 2008, Ruth won regional and national awards from the Department of Health for her work project managing the rebuilding of the surgery in less than a year following an arson attack while maintaining services for all patients.

She returned to the Trust in late 2009 as a Patient Service Manager, and has had various operational roles in the Trust and is now the General Manager for UReVa Central Business Unit.

Ruth first became a Trust Governor in December 2013 and was recently re-elected, and is committed, open, honest and passionate about Bradford, the Trust’s employees and patients. She believes the Trust already has a strong foundation working as ‘one team’ which can only go from strength-to-strength, building on the outstanding work by all staff through these difficult times.