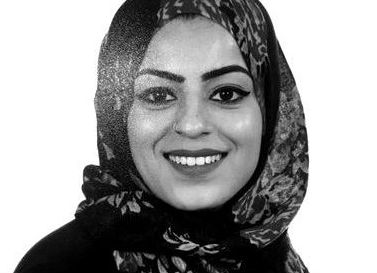 Ruby grew up in Bradford and has dedicated a lot of her time to volunteering for the NHS, which has led to her appreciation for the equal treatment that every patient receives.

She has been a volunteer at Bradford Royal Infirmary for the past three years, visiting people on wards to gain an insight on their views about the hospital.

In addition to her voluntary work, she was employed as a part-time healthcare assistant from 2009-2013, which allowed her to gain in-depth knowledge of the clinical performance expected by staff.

Ruby currently works as a learning leader in an outstanding-rated primary school. Her roles allows her to primarily work with children who have barriers to learning, helping them to overcome obstacles to achieve the best results they can.

From 2009 to 2014 she was a staff governor at the school, which allowed her to take on leadership skills such as creating and implementing strategic school rules to improve the standard of welfare for pupils.

In 2015 she was fortunate to work in partnership with BRI, raising money for an extension to the hospital and securing artwork produced by pupils from her school for a colourful display. Pupils also donated Christmas presents to our children’s unit.

Ruby’s time as a public governor for Bradford West has allowed her to meet a wide variety of people, and spending time speaking to patients has ignited her desire to help resolve any issues they may face.

As an NHS governor, Ruby hopes to help ensure that every patient at the Trust receives the best possible care.