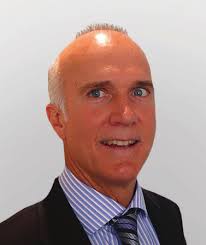 He became a Fellow of Royal College of Obstetricians and Gynaecologists in 2006, and also currently works at St James’s Institute of Oncology as a Consultant Gynaecology Oncologist.

Mr Hutson has published several papers in peer-reviewed journals on the topic of Gynaecological Oncology, ranging from reviews to research articles, and was also the principle investigator for the RT3VIN trial.