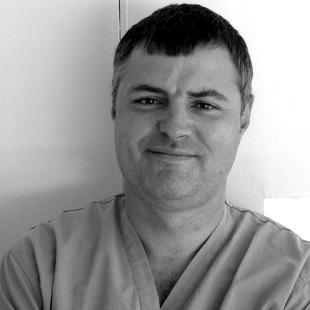 John has been a consultant surgeon at Bradford Teaching Hospitals NHS Foundation Trust for more than 13 years. He is also the Yorkshire representative on the National Clinical Reference Group for specialist colorectal services, lead clinician for the Bradford Training Centre for Laparoscopic Surgery, national clinical lead for NHS Improvement, a case reviewer for the National Confidential Enquiry into patient outcome and death (octogenarian audit) and the Trust’s service improvement lead for general surgery and colorectal Cancer at Bradford Royal Infirmary.

With a population of close to 500,000, John has been instrumental in establishing our colorectal surgical service as one of the premier colorectal units in the country.

Since his appointment he has changed how the Trust delivers its acute service alongside establishing a surgical assessment unit in 2003.

John introduced laparoscopic colorectal surgery to Bradford in 2003, and has established the unit as a major surgical training centre (LAPCO). He has pioneered enhanced recovery and established a nurse specialist role within the hospital.

Over the last three years, John has performed more than 200 colonic resections and has established a colorectal fellow post. He has also established joint clinics with both gastroenterologists and urogynaecologists, providing combined care for patients.

John has also established Bradford as a major centre for training in laparoscopic immersion courses in colorectal and hernia surgery, as well as LAPCO ‘train the trainer’ courses.

For the last two years, John has worked closely with NHS Improvement and has an intimate knowledge of the changes occurring in the NHS.

He has developed a special interest in survivorship after colorectal cancer surgery and has forged close links with Macmillan Cancer Support and other cancer charities.