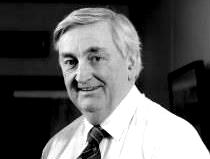 Christopher was appointed Consultant Oto-Rhino-Laryngologist at Bradford Royal Infirmary in 1986.

He has a special interest in paediatric and adult otology, and is clinical director for the supra-regional Yorkshire Auditory Implant Service, with cochlear implantation starting in 1990 and middle ear implantation in 2001.

Christopher also has an extensive rhinological/sinus surgery practice and deals with most none-malignant head and neck pathology.

He was also an intercollegiate examiner in oto-rhino-laryngology head and neck surgery until 2015, and is now involved in question writing and standard setting. He is also member of the European Board of examiners in ORL.

Christopher was awarded an MBE in April 2015 for his work for the NHS and the Ear Trust Charity.