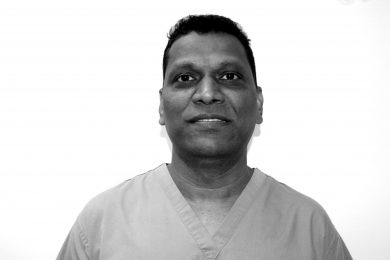 Experience and clinical interests: Amjad completed his primary medical training in Hyderabad, India in 2003. After various surgical jobs he completed an MRCS (Ed) in 2008.

He subsequently underwent radiology training (CCT) at the Leeds/Bradford Radiology Academy and became a Fellow of the Royal College of Radiologists (FRCR) in 2014.

He has been a consultant radiologist at Bradford with a special interest in gastrointestinal radiology and non-vascular/GI intervention since June 2014.

He was appointed specialty audit lead for radiology in September 2014.